Hire a Writer
Get an experienced writer start working on your paper
Home > Knowledge Base > APA Referencing Style > How to Make an Appendix in APA Style: Guide [+Examples]

How to Make an Appendix in APA Style: Guide [+Examples]

An appendix is a part at the end of a research paper that contains additional material that is not included in the main text. The plural for appendices is appendix. According to the APA guidelines, appendices should be added at the very end of the paper i.e. after references.

Appendices are not necessary in every case. An appendix should consist of material which helps the readers to comprehend your study, while not being essential to the paper. The main text contains all the important information. Some examples are;

Each appendix should be mentioned at least once in the main body. You shouldn’t add an appendix if you don’t use the material in it. When discussing the content added in the appendix, state the following the first time you mention it:

Has a difficult essay got you down? No problem!

With Essays UK you get: The title of the appendix appears in bold at the top of the page. A descriptive title is bolded and centered on the next line. The text is left-justified, double-spaced and with page numbers in the upper right-hand corner in accordance with APA guidelines. A new page must be started for each new appendix. An APA-style appendix is formatted as in the example illustration below. 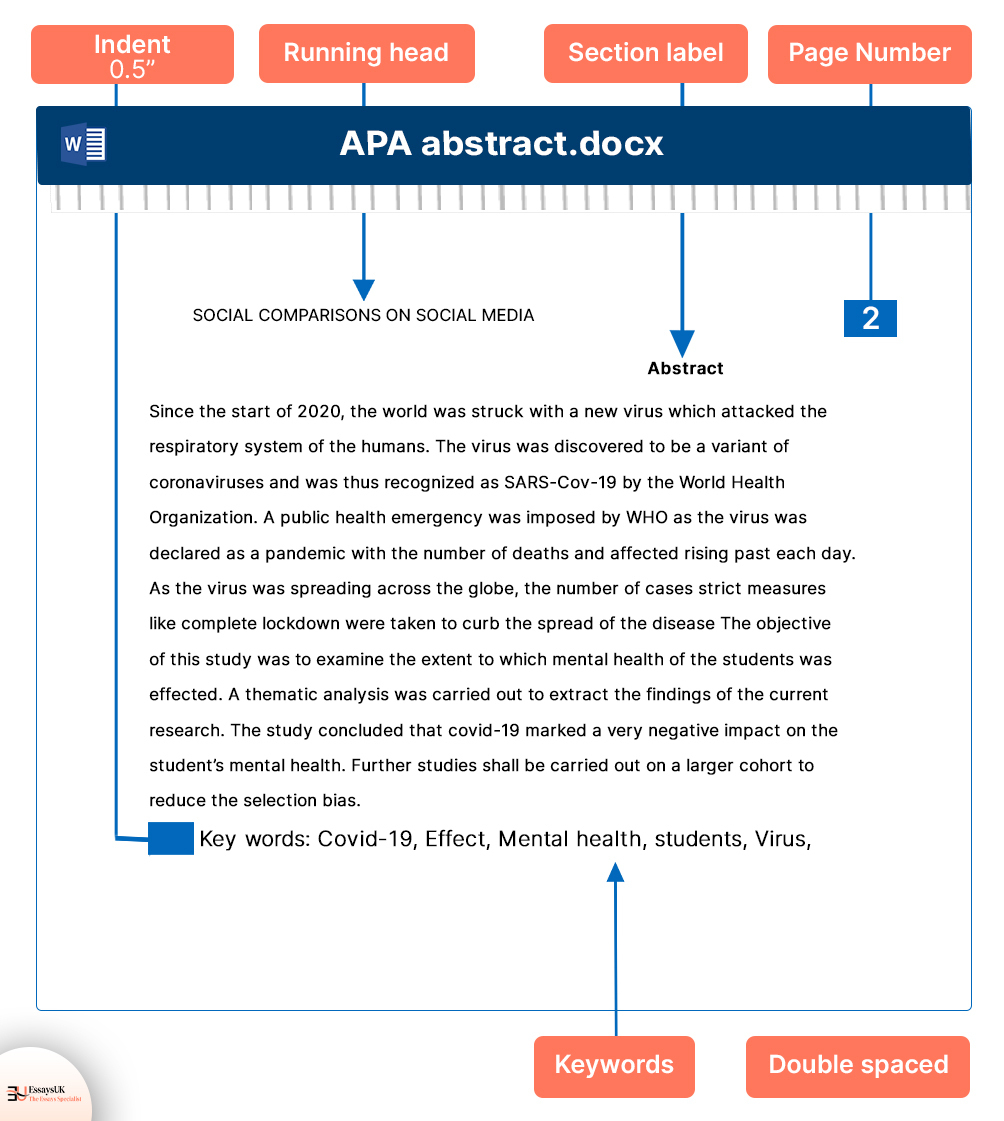 The single appendix should be called as Appendix. And it will be labelled as

For more than 1 appendix, the labels should be Appendix A, Appendix B and so on…

Note: The labelling and presentation of appendices must be aligned with the main body text.

How to label tables and Figures in the Appendices?

Example: For example in Appendix C, the T tables should be labelled as Table C1, Table C2, etc.; and figures are Figure C1, Figure C2, etc.

An appendix is the part of your paper that provides important information to the reader but is not meant to be included in the main study.

Should we Cite Sources in an Appendix?

When relevant, yes, you can include APA citations in your appendices. Use citations with author names as used in the main text.

The structure of a document is determined by headings and subheadings. They indicate what the individual parts are about and enable easy navigation in the document.

How to write APA Style Table of Contents |Guide

In an APA Style paper, a table of contents is not essential, but if you do include one, follow these guidelines: All level 1 and level 2 headers should be included (other levels are optional). Indent the different levels of headings. Follow the basic APA format in terms of typeface, space, and other elements.